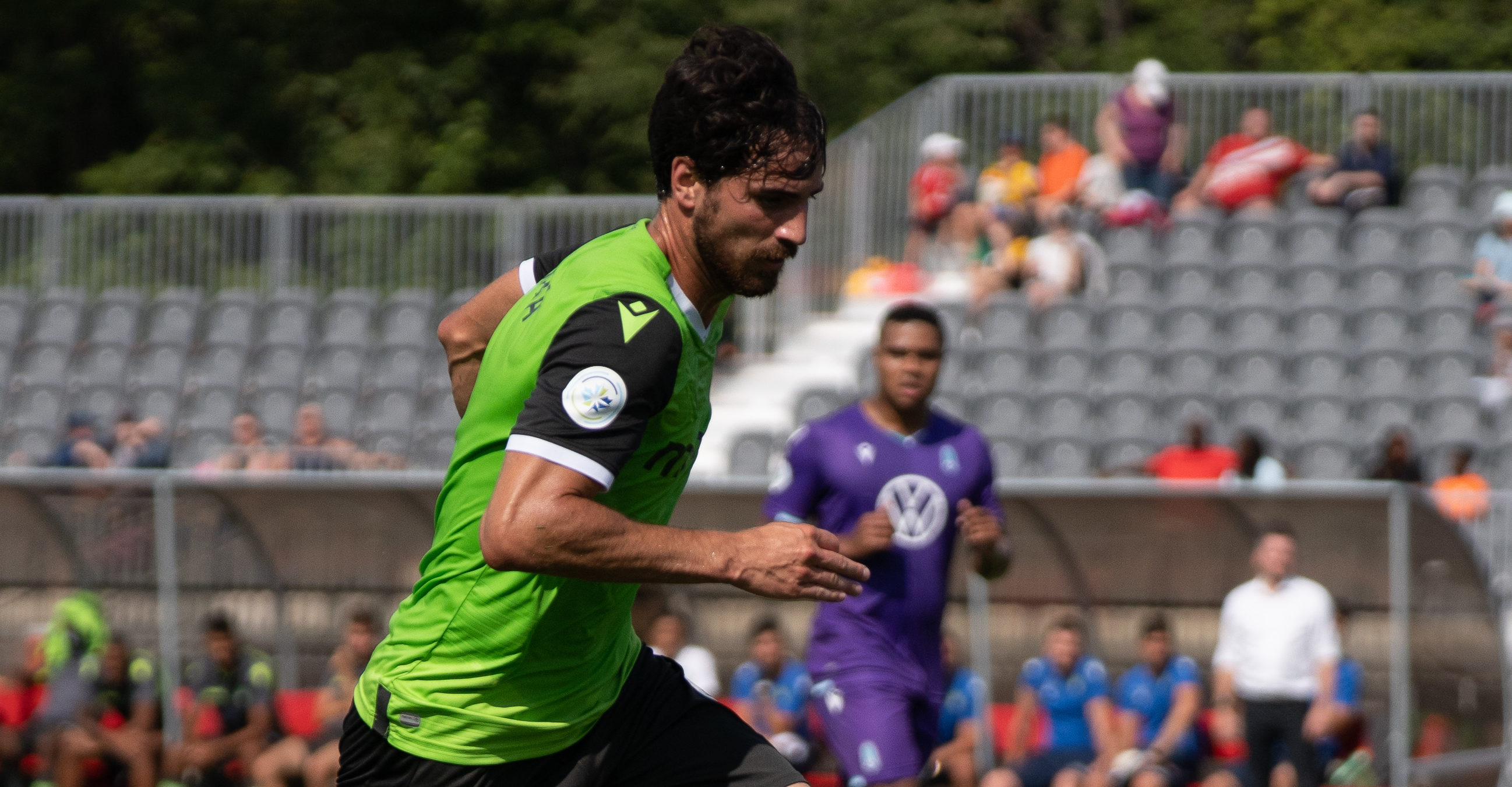 YORK REGION – From nearly the opening whistle, little went to plan for York9 FC on the night.

Playing against basement dwellers Pacific FC on Saturday night at York Lions Stadium, a victory would have seen the Nine Stripes shoot up into a three-way tie for the top spot in the league. Instead, the visitors leave with the three points following a 2-0 win.

It was eerily similar to last weekend’s 2-0 loss to Valour FC with York bossing large stretches of the game, only to succumb in the first half and see the opposition get the insurance goal late from distance as Nathan Ingham left his net with his side in search of the equalizer.

Against Valour it was Michele Paolucci and Michael Petrasso with the goals, for Pacific it was Terran Campbell, who cannot stop scoring, and Zachary Verhoven who scored his first goal on his 21st birthday.

Once more York topped most of the statistical categories, save the most important one.

“We’re disappointed with the two games that we’ve had,” said Y9 coach Jimmy Brennan post-match. “We can talk about the possession, the passing, the shots, but at the end of the day it means nothing unless you get the three points. That’s professional football, it’s all about winning games.

He added: “We looked sluggish in the beginning. Our energy levels were down. Normally we’re knocking around that ball with some good pace, our touch is on, but today it was off. Everything felt difficult. The quality, for deliveries into the box, was not good enough.

“The boys were off today.”

York won 6-2 against HFX Wanderers at the end of July, but then had a full two-weeks off with a match against Forge FC rescheduled.

In the fourth meeting between the two and the third in Ontario, Michael Silberbauer’s side came in with a game-plan to frustrate, clogging up the pitch, scrapping for every blade of grass. And when Campbell got on the end of a Victor Blasco free-kick in the 38th minute, they had a lead to protect.

“They were trying to break our rhythm,” Brennan observed. “They know what we’re like as a team – we want to get the ball down, want to play, we’ve got lots of movement. They did their job, tried to frustrate us, slowed the game down with fouls.

“It got a little messy at times, but we can’t let that get the better of us. It did a little at times today.”

Pressing for an equalizer, York threw all they could muster at Pacific’s goal – even goalkeeper Ingham – leaving the Nine Stripes’ net open for Verhoven to strike from near the half-way line in stoppage-time, just as Petrasso did last weekend.

Brennan refused to allow talk that his team was overconfident, though.

“You don’t take any games lightly, regardless of where a team is on the table,” said the coach. “We want to be chasing this championship and you can’t afford to drop points. That’s six points that we dropped, that we felt we should have got something from.

“We’ve got to learn quick and keep working.”

Ryan Telfer added: “Every one is just frustrated right now – I’m frustrated with myself. But we can’t dwell on missed chances. Going forward we have to get our mindset back right, do what we have to do, roll up the sleeves and get the job done.”

York now faces a run of four matches away from home, starting with a two-game trip to Alberta next week with matches at Cavalry FC on Wednesday and FC Edmonton on Sunday, the two sides they would have drawn level with at the top of the standings had they won.