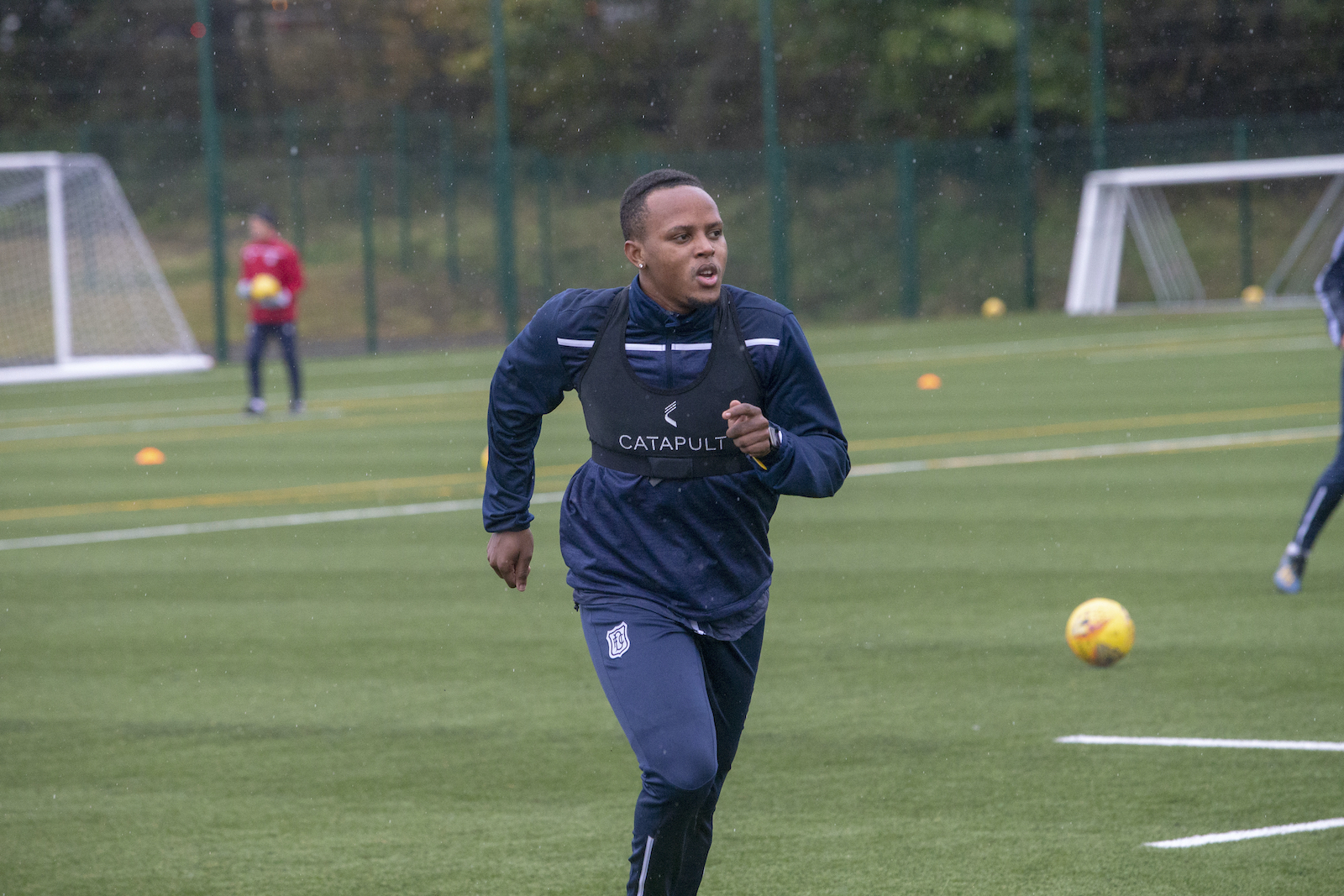 Despite the chill, York9 FC’s Nicholas Hamilton is raring to go in Scotland
October 14, 2020
news

It’s only October but Nicholas Hamilton is already feeling the chill on Scotland’s eastern seaboard.

The bad news, as he’s fully aware, is that it will get colder. However, the welcome he’s received since arriving in the country has certainly been a warm one.

The 24-year-old, who can play as a central striker or winger, joined Scottish Championship side Dundee FC on a season-long loan deal earlier this month and got his first taste of training on Monday.

He’s now in contention for the campaign-opener against Hearts on Friday evening.

“The club has looked after me really well”, he says.

“I finished quarantine so I’m actually in a hotel now and Charlie Adam is there too, as he works out his family situation. It’s been great to have someone else in the same situation as me, although Charlie is a little different as he’s seen it all while I’m just starting out”.

The last few months have been a whirlwind for the attacker owing to the ongoing Covid-19 situation.

He joined York9 FC on a multi-year deal in February but a delay in securing a work permit meant he couldn’t get to Canada in time to quarantine in advance of The Island Games tournament in August. Now, with that disappointment firmly in the rearview mirror, he’s in situ at a club with promotion to the Scottish top-flight firmly in their sights. Added to that, Hamilton is now rubbing shoulders with players boasting serious resumes.

Graham Dorrans is best-known for his time with West Bromwich Albion, though he also spent three seasons with Norwich – one of them in the Premier League. Meanwhile, Adam – a former Scottish international – is a Premier League veteran, with a lengthy spell at Stoke City following previous stints at Liverpool and Blackpool. Having started his career at Rangers, he signed for boyhood club Dundee earlier this year and Hamilton has already benefited from his leadership qualities.

“Charlie was the first player to reach out as soon as my quarantine ended on Sunday so that was something I really appreciated”, Hamilton says.

Attention now turns to impressing manager James McPake and grabbing some minutes. But Hamilton is refreshed, relaxed and ready, especially now that his PS4 has arrived.

Perhaps most importantly, he’s also got himself some hats and gloves.