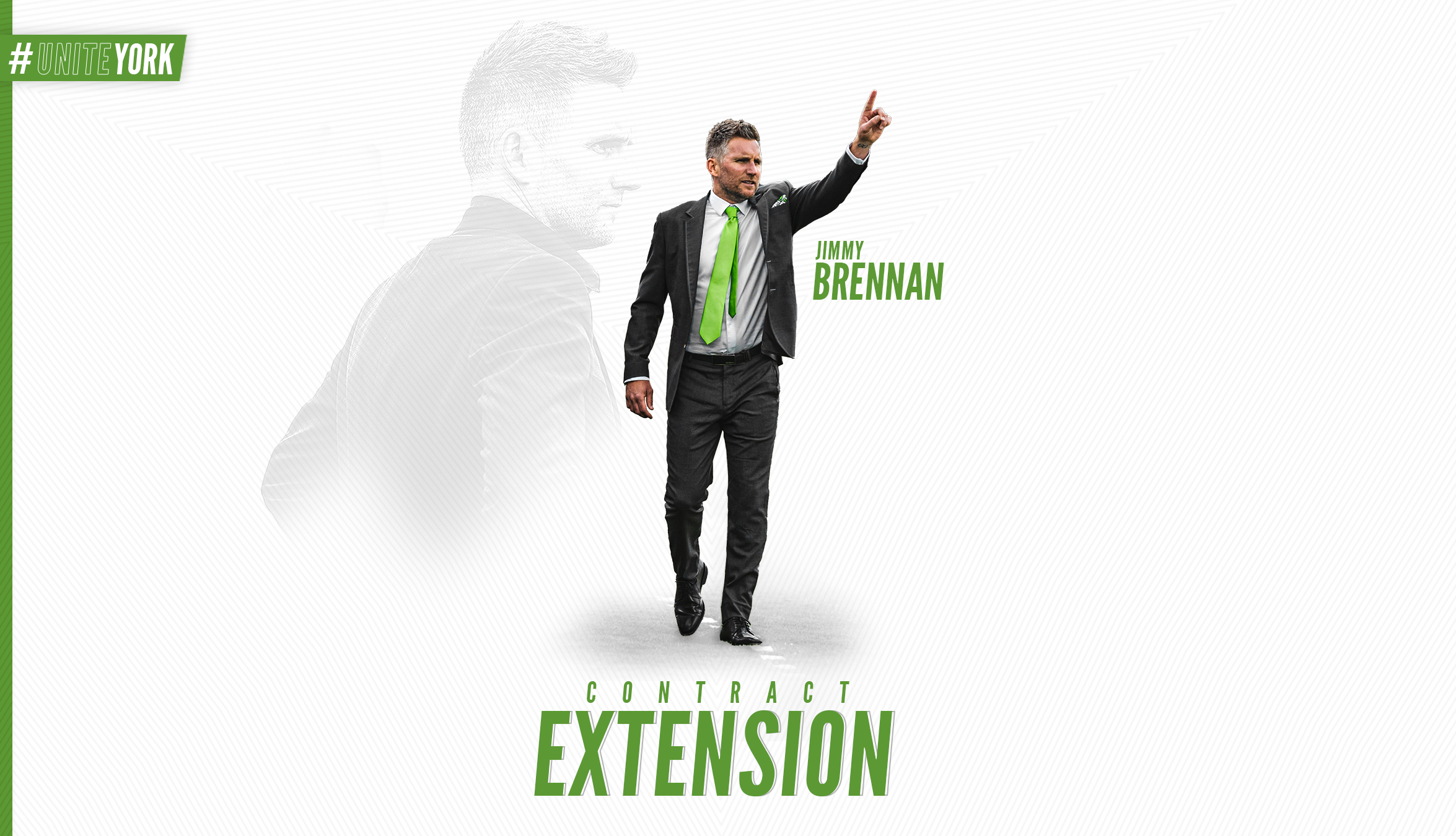 Toronto, ON (May 1, 2020) – York9 FC is pleased to announce that Head coach Jimmy Brennan has signed a new contract with the club. Brennan’s deal will extend his current agreement through 2021, with a further club option for the 2022 season.

The 42-year-old led the Nine Stripes to an overall third place in the 2019 Canadian Premier League season.

Sixth position in the Spring season was followed by third in the Fall as Brennan oversaw nine wins and seven draws from 28 games to earn him a CPL Coach of the Year nomination.

Appointed in July 2018, after having spent time on the coaching staff at Toronto FC’s Academy and with the first team. Brennan has had a busy offseason, having secured his UEFA Pro License, the highest coaching certification available, adding ten new faces to his squad and bringing in former international teammate Paul Stalteri as first assistant coach.

Brennan said: “Coming into a new league last year with a completely new squad was a fantastic challenge. I really enjoyed working with our boys and putting some positive results together as a unit.

“Our goal here is to win championships, and we’ve got ourselves a fantastic core that we’ve now added significant pieces to take us over the top. With a season under our belt, I’m excited with what’s ahead, and the opportunity to push ourselves as far as we can go.”

Managing consultant Angus McNab added: “It has been great to get to know and work with Jimmy over the last four months. It has been one of the strangest starts possible to a working relationship, but it’s also given us more time to discuss how we drive things forward.

“He is committed to developing young players and offering them opportunities to excel. The announcements of contract extensions for Morey Doner and Diyaeddine Abzi in the last week are great examples of this.

“Jimmy is a winner. He proved it in his playing career, and I have every confidence he can build a legacy and establish the club as the perennial championship contender that our fans and the Baldassarra family deserve.

“It was an easy decision to extend his contract. I love that when he discusses what he’s looking to achieve, it’s all about winning titles; I believe he is the guy to lead our players and to achieve that.”