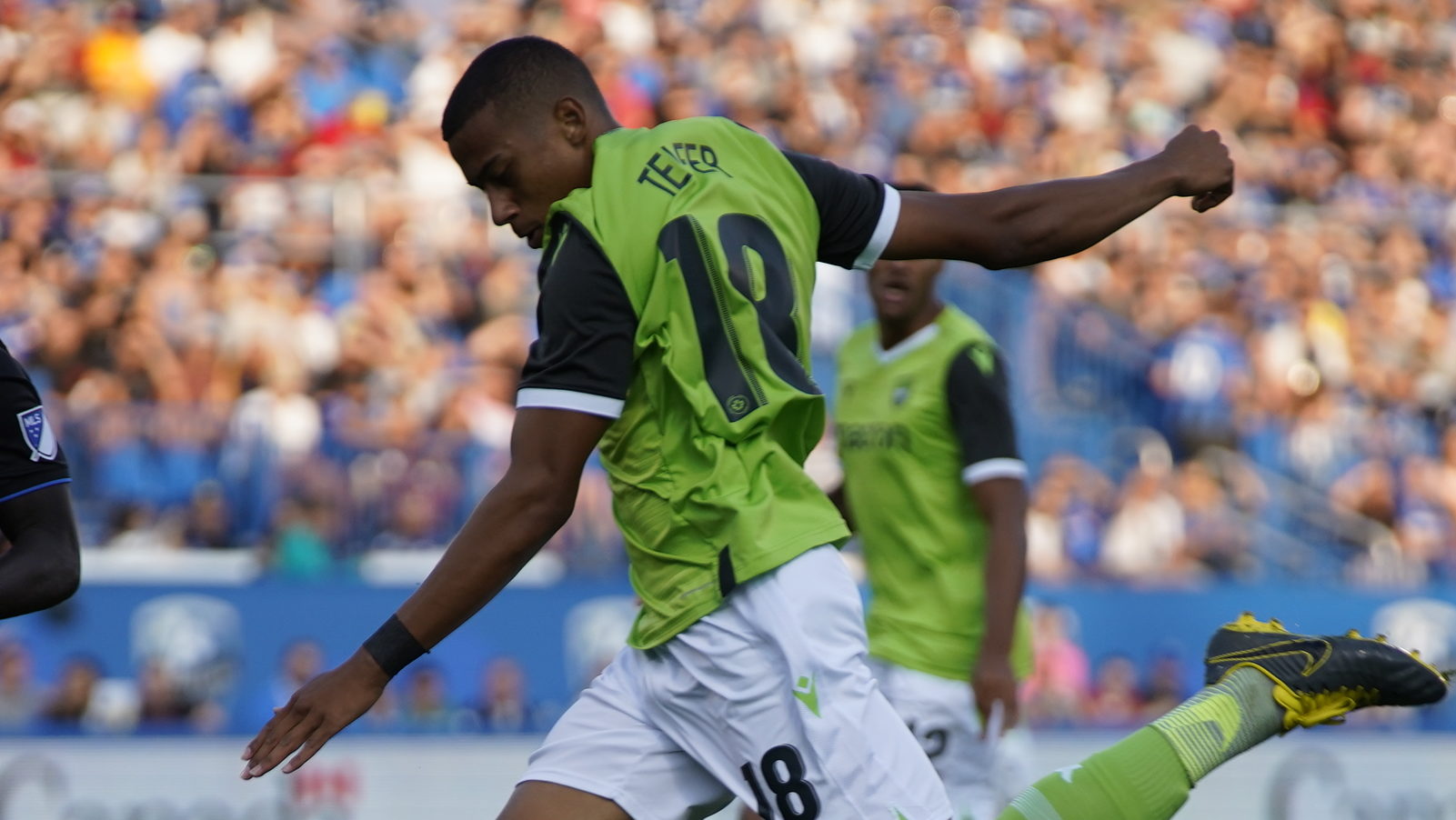 Eight minutes into the do-or-die Canadian Championship clash with the Montreal Impact at Stade Saputo, the man who’s no stranger to playing the hero for York9 FC faced an empty goalmouth 30 yards away.

His shot missed the top of the crossbar by inches.

“[Telfer] was unlucky,” York9 boss Jimmy Brennan told reporters after his team bowed out of the CanChamp, 3-2 on aggregate.

“Overall, I’m proud of these guys,” added Brennan, a veteran of four previous Voyageurs Cup fixtures against Montreal as a Toronto FC player. “After the match, it was just, get your heads up. You put a good shift in against a good team, you end up losing the game to a penalty.”

The Nine Stripes certainly didn’t make it easy on their MLS opposition, whose only goal in Wednesday’s decider was a penalty, won from an unfortunate handball off York9 left-back Diyaedinne Abzi.

Now, the club is left thinking about what could have been. What if Telfer had finished? Or the ball missed Abzi’s hand?

Indeed, looking back to Leg 1, what if goalkeeper Nathan Ingham hadn’t conceded a 92nd-minute penalty? Or if Luca Gasparotto’s headed back pass had made it safely to his goalkeeper, rather than falling to Omar Browne?

“We could’ve got away with a better result at home,” Ingham admitted to OneSoccer. “It would’ve put us in a better spot today.”

As they would for any team after an emotional defeat, those moments now loom large for York9. Still, there’s plenty of cause for optimism after the performance they submitted.

“We walk out of here with our heads held high,” said captain Manny Aparicio. “We gave away two sloppy goals that come back to haunt us now, but we fought until the end. We fought until the last minute of the game so you can’t ask for much more from the guys.”

All things considered, York9 left their stamp on this year’s Canadian Championship. Their first-ever win came in round one against A.S. Blainville, and who could forget their treble of corner kick goals in QR2 against FC Edmonton?

And now, having pushed the Impact far as they did, York9 proved themselves worthy adversaries, having to reckon with the curveball that was Nacho Piatti’s surprising return to Montreal’s lineup.

“I think we’ve made a statement with our league, to show that these young Canadian boys can play this game” said Brennan, applauding his side’s effort in the tie.

“It won’t be long before one of us knocks off an MLS team in the Canadian Championship,” added Ingham.

With just one competition left on the table, York9’s focus will turn sharply to their league campaign, which resumes Saturday with a home match against HFX Wanderers FC (3:30 p.m. ET/OneSoccer). After a pair of resolute performances against Montreal, Brennan’s men will surely fancy themselves contenders for that Fall season crown.

Asked if there’s any particular lesson from York9’s CanChamp experience that he’d like to carry over to the league, Brennan’s response was simple.

“Don’t make mistakes,” he said. “Those are the things that we’ve got to clean up a little bit, individual errors.”

“But other than that, our football won’t change,” Brennan affirmed. “Our style of play’s not going to change. One thing is I think these guys realize that they can compete with some very good players.”

This weekend, as they take on another CPL side whose hearts were broken in the Canadian Championship, York9 will look to match the intensity they brought to Montreal — if not, perhaps, the finishing ability.