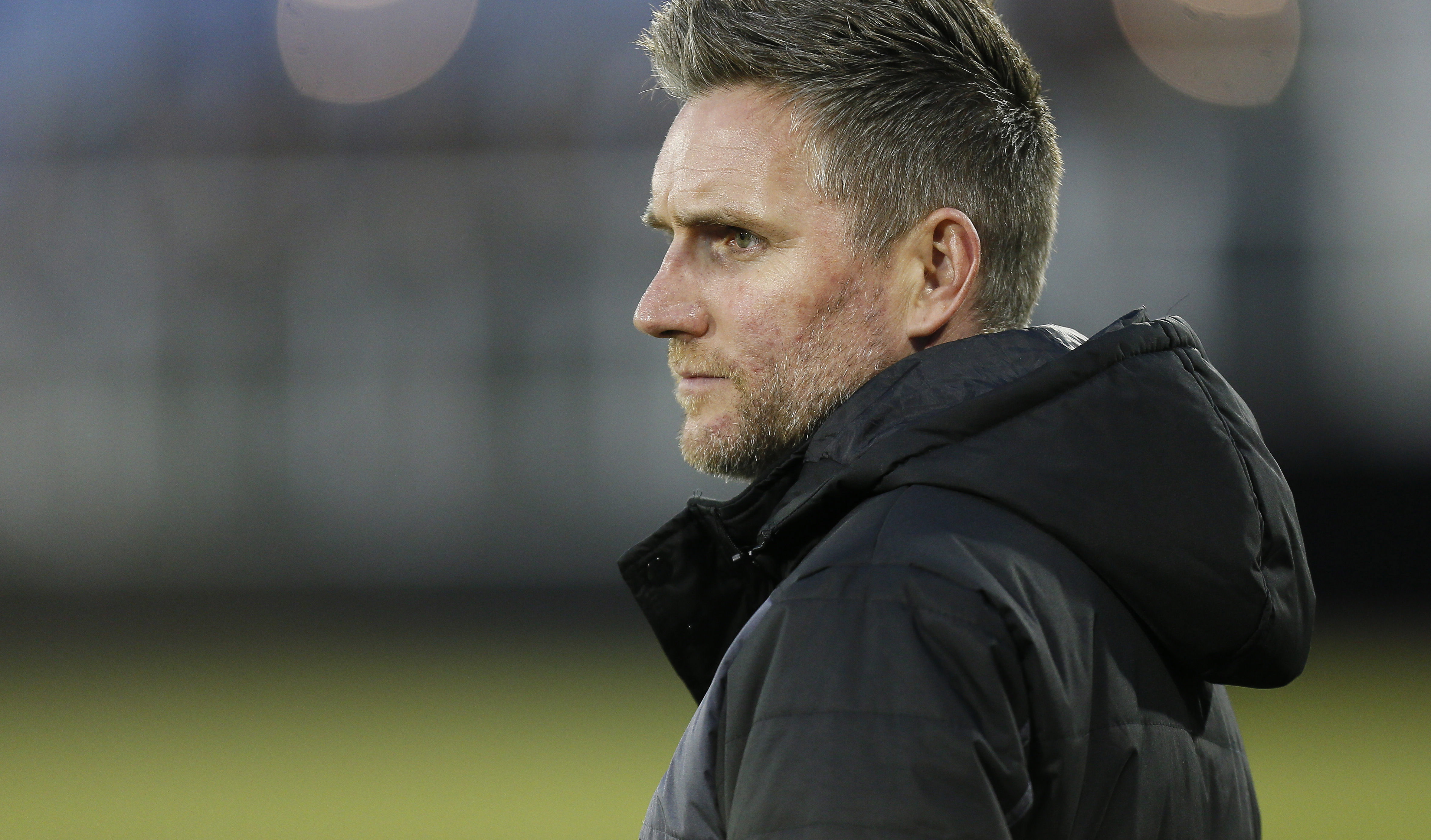 It’s a time-tested philosophy, and a lesson we can all take to heart in our own exploits, but in the world of professional soccer, it’s a mentality that could prove the difference between champions and pretenders. Think, for example, back to the finale of the 2010 FIFA World Cup, when the Netherlands found themselves mired in the pressures of the occasion, abandoning their run-and-gun attack and drawing a plethora of yellow cards while Spain remained fully composed, passing the ball calmly until Andres Iniesta found the back of the net at long, long last.

As the 2019 Canadian Premier League approaches its conclusion, that same pressure – albeit, on a more local scale – will permeate through Tim Hortons Field and ATCO Field, Spruce Meadows on Oct. 26 and Nov. 2, as Forge FC of Hamilton and Cavalry FC of Calgary battle it out one last time for the inaugural season crown.

However, when you talk “cool, composed, and confident” in the CPL, York9 FC head coach Jimmy Brennan immediately comes to mind.

The former Toronto FC captain, now at the helm of the Nine Stripes, is about as cool a head as you can find on the sidelines. And, with Tommy Wheeldon Jr. and Bobby Smyrniotis in full preparation swings ahead of Finals 2019, Brennan shared the role that this mentality of composure brings to a locker room and to the training grounds in the build-up to this big moment.

“The managers, they’ve got to make it a very relaxed atmosphere for the players,” Brennan told CanPL.ca, when asked about the role of composure in a final. “The players are going to be thinking about the games this whole week. They’re going to go over this game and think, you know, how are they going to beat their opponent, about the fans, that they don’t mess up, that they’re not the one who makes a mistake or concedes a goal, or they’ll think, ‘Am I going to be the player that gets that goal to win us a championship?’

He added: “There’s a lot that’s going to be going through the players’ minds, and the coaches as well, because the coaches want to win, they want to be successful. But, it’s all about keeping it a relaxed, laid-back and composed atmosphere, try and take the stress off the players so that they can go out there and just play the game and express themselves, really enjoy the occasion. Sometimes, what happens is the players get too up-tight and they let the occasion get the better of them. That can cost you.”

Keeping a relaxed atmosphere sounds great in theory, of course, but in practice, it can be a tricky thing to pull off, especially if nerves permeate throughout teams made up of young, inexperienced talents entering this sort of situation for the first time. While Cavalry and Forge don’t necessarily have this problem – both feature sets of teams with experience handling these sorts of occasions – Brennan still shared some tips and techniques on how to get everyone calm before the big show.

“Everybody’s different and have their own ways of how they do it; whether the players are all together and having some light fun to take their minds off the game around dinner time, and on the training pitch,” Brennan explained. “There are times where you have to be very serious, when it comes to the tactical side and how you’re going to play, but it’s more about keeping a good, light-hearted tempo around the club.”

Of course, Brennan the player experienced all of this himself throughout his playing career. He won a championship with Norwich City in 2004, won the U-20 championship in 1996 and the 2000 Gold Cup with the Canadian men’s national team, and was also involved in finals situations with Bristol City and Nottingham Forest, whether as runners up or in playoffs. Of particular note during his time in Canada, however, was the 2009 Canadian Championship, which saw Toronto FC take on the Montreal Impact while needing to overcome a four-goal differential.

If the moment was massive, the task at hand was even bigger – and more unlikely.

Still, Toronto FC kept cool heads, and the Miracle in Montreal was born.

“The coaching staff is the same; the head coach took certain questions from media and dealt with all the pressure, just so that we didn’t get the younger guys too wound up or nervous about the game. They’re guys who have never been in that situation.

“Everybody played a role, but when it was game time, we were focused. We knew what we had to do. We went out there and scored those six goals and won the Voyageurs Cup. Everybody is going to play a role, especially the older guys in the locker room and the head coach.”

When Cavalry and Forge meet, so too will two managers who Brennan figures will have their players well-prepared for the occasion.

Still, as he points out, “there’s a lot at stake, and emotions are going to be running high.”

“Whoever is composed the most is going to get the advantage,” Brennan affirmed. “If you’re on the sidelines losing your mind, your players will feed off of that. It really is about being a leader and being composed and making sure you’re getting your messages out onto the field, so that the players translate that onto the pitch and find success. They’re both good coaches. They both understand the game. They’re two good teams who play good football, so it’ll be an interesting match.”

He concluded: “It’ll be a tight series. I’m looking forward to seeing these Finals. It’ll be a great experience for both managers, and for all these players.”