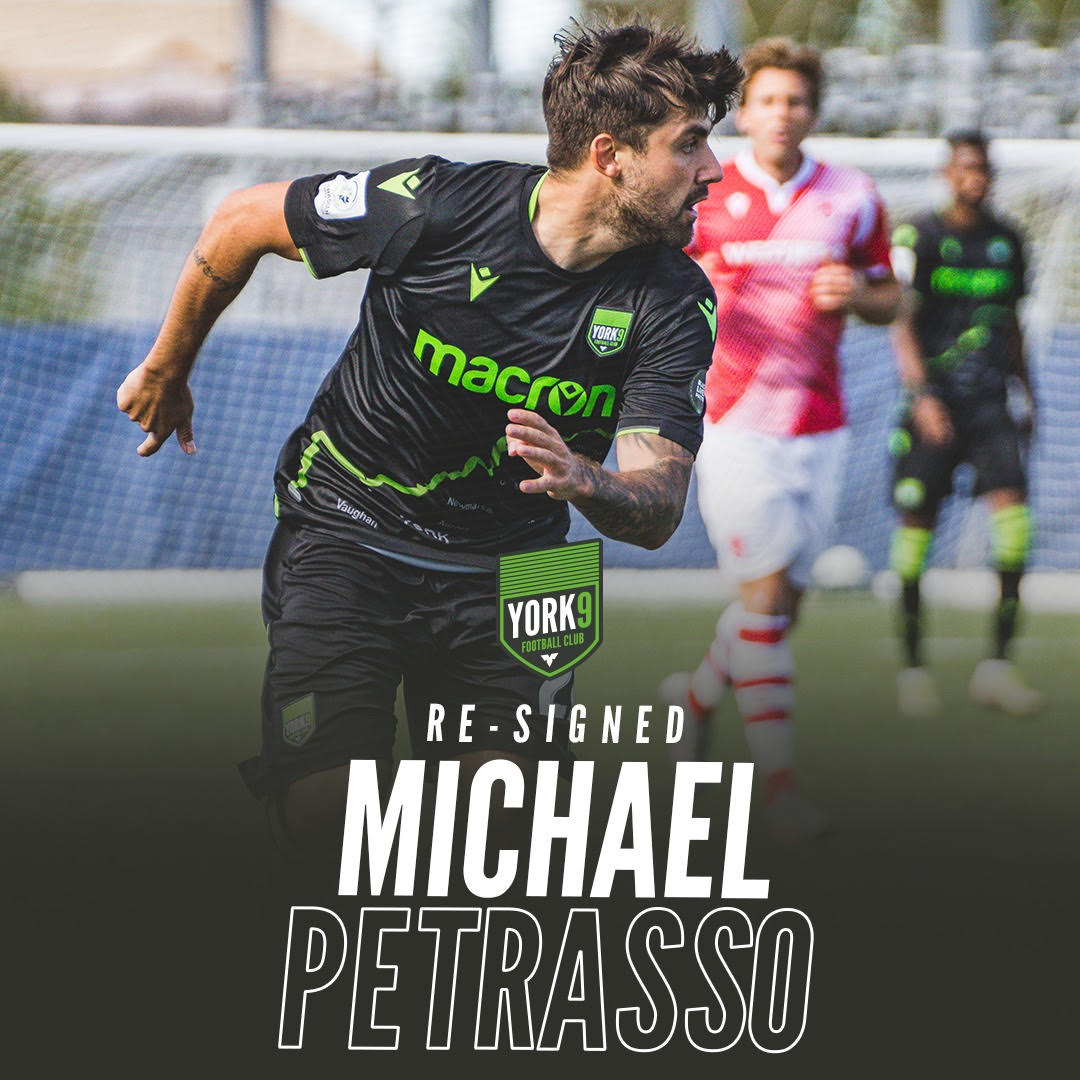 The 25-year-old, a native of Woodbridge, ON, joined back in January after lining out for Valour FC in the inaugural Canadian Premier League season. However, injury severely curtailed his involvement at the recent Island Games tournament in Prince Edward Island and his presence was certainly missed by The Nine Stripes.

Still, he showed tremendous grit and determination to battle back to fitness while in PEI and York9 FC’s Managing Consultant Angus McNab is enthused at having the former Canadian international on the books long-term.

“I’m delighted that Michael has decided that this is the club for him and that he wants to continue at York9 FC – he wants to be here”, McNab says.

“He was a pleasure to deal with as we sorted all of this and his priority is pretty simple: get back to being the best forward in this competition. Michael was hugely frustrated with his 2020 season and he’s just shown all of us he wants to get back to football and improve. What a great example for our young guys and, frankly, everyone in our squad”.

“I’m extremely happy to be here and be a part of what we’re building. I want to play a major role in the growth of the club moving forward. That’s really important to me”.

An immensely experienced figure, Petrasso signed for storied English club Queens Park Rangers as a teenager and featured for them in the Championship before plying his trade in League One with the likes of Oldham Athletic, Coventry City and Leyton Orient. Petrasso has also played in Major League Soccer for the Montreal Impact and made his debut for the Canadian senior side in the summer of 2016.