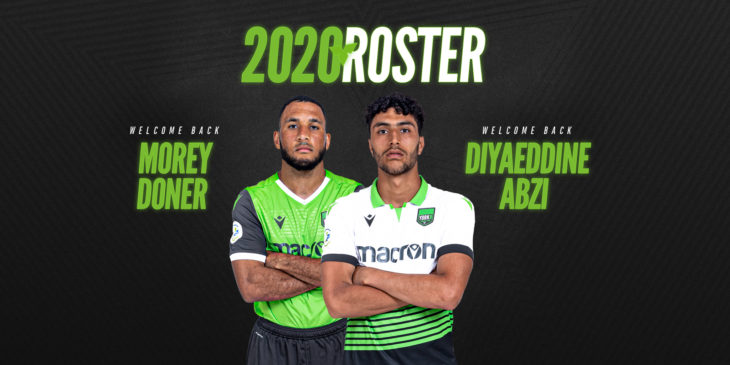 Toronto, ON (December 4, 2019) – York9 FC is pleased to confirm that fullbacks Morey Doner & Diyaeddine Abzi are contracted through 2020.

Head Coach Jimmy Brennan stated; “We’re delighted to have our fullbacks from last season joining us again. Both players had tremendous years and we’re looking forward to working with both of them to get the best out of them. Their careers are on the upswing and we felt it was important to get them both back in York9 jerseys.”

Doner, 25, proved himself as one of the team’s most consistent players, taking the right back spot during the spring season, and never giving it up. The Collingwood, Ont. native also proved popular with the fans, his efforts being rewarded with the York9 FC Player of the Year Fan Vote, including a large number of votes coming from his hometown. Doner is also a nominee for the CPL Fan Awards “Team of the Year”.