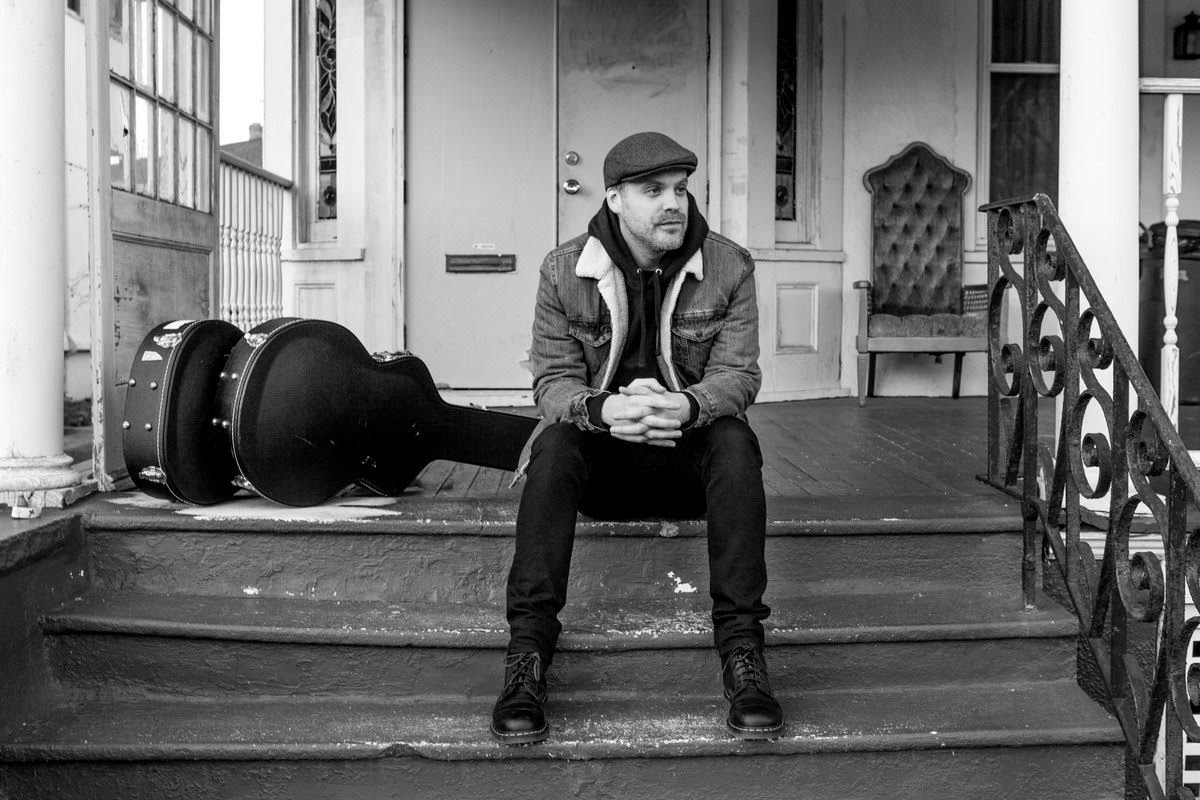 As a guitarist with The Gaslight Anthem and The Horrible Crowes, Ian Perkins lives out the boyhood dreams of many. But while music is his work, it’s football that continues to spark a pure, unadulterated joy within him.

“I don’t know if Geri gets down there too much but we’ve seen Elton many times,” he says.

“He’s a God there. My Dad sits in the Elton John Stand now. What can you say about the man? He saved the club twice, and there’s probably more times that we don’t know about. A legend”.

“I’d have to say Tiny Dancer but it could be anything”.

There’s always a deep-rooted connection between music and football.

The rock ‘n’ roll players – figures like George Best – swaggered about with an innate desire to show off. The pitch was their performance space. Meanwhile, frontmen like Mick Jagger, Robert Plant and Rod Stewart –  perhaps more so in their 1970s’ pomp – could have slotted effortlessly into any First Division team and nobody would’ve batted an eyelid. Rock stars – usually lead singers – have always seemed like frustrated footballers. The mavericks both on the field and on the stage, with that potent cocktail of long hair, attitude and ego, are kindred spirits.

“There’s a mutual respect from both sides”, Perkins says.

“You see a lot of athletes saying, ‘I wish I was a rock star’. Maybe they see musicians not getting up early in the morning, doing whatever they want and that it’s a bit more relaxed. But the way I look at it, music is definitely something you can accidentally fall into. And I’m an example of that. But, you’re not accidentally becoming a striker for Arsenal, are you? You’re not jogging past the ground and the team are like, ‘We’re a man short’. In music, you can have that. There’s a bit more craziness to it. But there is a finality to sport. When a game finishes, you’re happy or sad. With music, it’s different. Sometimes you’ve got to hear a song at the right time”.

So, what would it be? Playing in front of 120,000 screaming music fans or playing five minutes for Watford in the Premier League?

“The latter”, he says, without a moment’s hesitation.

“I’m in a privileged position where I have played that show: at Wembley Stadium. But you know what I wanted to do? Put my England shirt on, get there early, walk around, go to the ref’s changing room and just see everything football-related. It was cool to play the show but the coolest thing about it was that it was Wembley Stadium”.

“If I’m at a random gig, you can’t turn that thing off in your brain. You’re scanning the stage, checking out what amps the band are using, checking how the lights are, who’s doing the sound. When I go to watch football, as soon as I get there I’m just a fan. I’m wondering what the players are saying to each other in the tunnel, what food they eat in the dressing room beforehand. When I walk off stage, I know that two minutes later I’m sitting there – probably in a room with no windows – and eating pizza. It’s not glamorous at all. And maybe it’s the same for football but I’ve never gone far enough down that road to discover what’s going on. So it’s still completely magical”.

Perkins pulls on an interesting thread. Musicians walk on stage and channel all their energy, adrenalin and talent into a two-hour window. A slow build-up, a relentless sprint to the finish line and then it’s all over. Just like a football game.

“I’m sure it’s a similar thing for players”, he says.

“There’s not many things that can give you that same feeling. You’re out there with your mates doing this cool thing and I never forget that. But it’s hard to replicate. There’s so much sitting around and waiting. There’s not many exciting things happening at the venue. And then you go have fun. You finish and it’s a case of, ‘What do I do now?'”

Perkins does lament one thing: the lack of a solid football anthem. Why are there no decent tunes about such a compelling subject matter?

But, that’s all about to change. Could he possibly tap into his contact database and deliver a compelling York9 FC song that would prove a seismic step up for the genre? Maybe Band Aid-style, with a litany of famous contributors?

“I’d gladly take on the Bob Geldof role – that’s something I can definitely relate to. The man’s a genius but I’m sure it was a case of, ‘Am I going to sell out Wembley Stadium? Erm…maybe I’ll call Queen and Status Quo and see what they’re up to’. That’s exactly what I’d be doing. Then I’ll stand at the front in my white jeans or whatever saying, ‘It was all because of us’. I’m more the ‘manning the phones’ guy anyway. Speaking of, the fax machine is already going right now beside me. I’ve got the contracts coming through…”