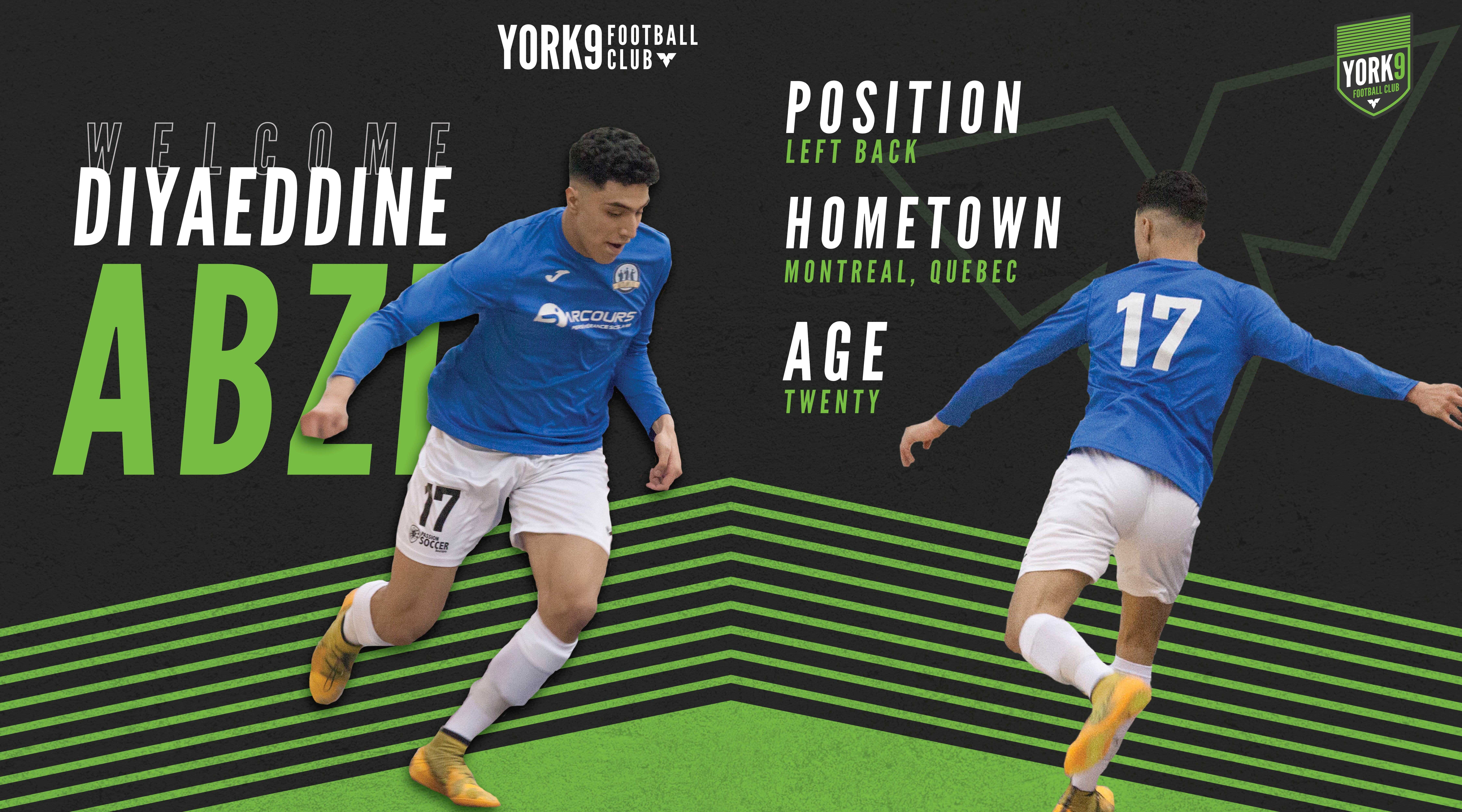 A left-sided player capable of playing wingback or winger, Abzi, 20, was a standout at the PLSQ side last season. The Montreal native scored the only goal in Blainville’s 1-0 win over Oakville in the second leg of the 2018 Voyageurs Cup first round.

“He has terrific feet and skill,” York9 FC Manager Jimmy Brennan said. “He’s very comfortable on the ball, likes to get forward with pace. We were watching him for a while with Blainville and thought he would be the player we’d like on the left side.

“We watched him in the Canadian Championship and he played great,” Brennan continued.

Abzi has experience with Canada’s national futsal team. He was last called up for a pair of friendlies against Costa Rica last summer.

The Montreal native could come up against his hometown side in just 82 days when York9 travels to Blainville for leg one of the Canadian Championship first round.