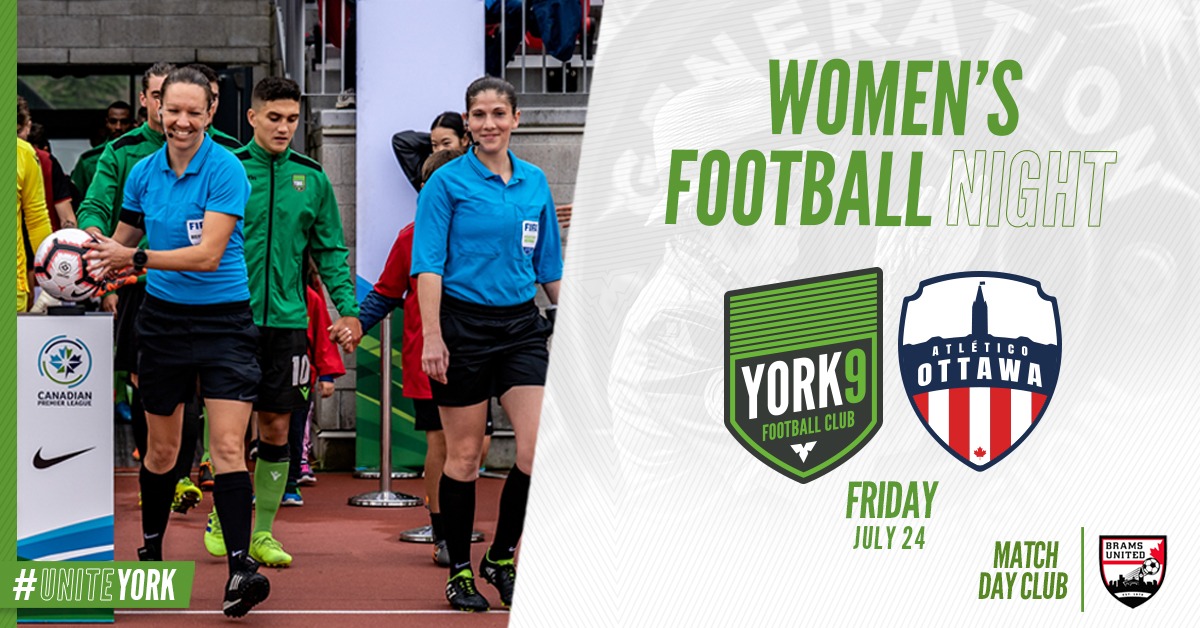 Toronto, ON (March 8, 2020) – On International Women’s Day, an opportunity to celebrate women’s achievements and raise awareness against bias and for gender equality, York9 FC is pleased to announce the launch of Dames of York, a female-driven Supporters Group offering a widened gateway for supporters’ culture and Canadian soccer as a whole.

The female-led supporters group Dames of York founded by Stefanie Morra and Marcella Hatmanu came to a fruition at a meet-up between Morra and Hatmanu at York9’s Macron Home kit launch event on February 27th.  From a conversation about there being women fans and supporters for the club, quickly evolved with the full support of York9 FC to officially launch Dames of York. Stefanie and Marcella are excited to kick-off a group of soccer-supporting women and be part of the movement to make soccer as much for women as it is for men and are looking to their first official match as a group at York9’s season opener on Easter Monday (April 13) where they take on HFX Wanderers.

“When I met Stefanie and Marcella at the home kit launch and they explained what they were looking to do, supporting them in launching the Dames of York became a priority,” said Managing Consultant, Angus McNab.  “We gave them assistance in creating a logo/brand for women to unite behind in their support of the club but that’s only the first step.  It is critical we help them grow the group’s membership as we have for the Green Lions (group that represents students). Everyone at the club is delighted to welcome the Dames of York and recognize them as an official Supporters Group as we have with Generation IX and the Green Lions. It’s fantastic to recognize their formation on International Women’s Day as we also announce some other fantastic initiatives.”

To celebrate women and the Dames of York, the club will be hosting “Women’s Football Night” at their match vs Atlético Ottawa Friday, July 24th. York9 FC will partner with local club Brams United, an all-girls soccer club, who will conduct all of the match day ceremonies and Canada Soccer will be providing an all-female officials crew.