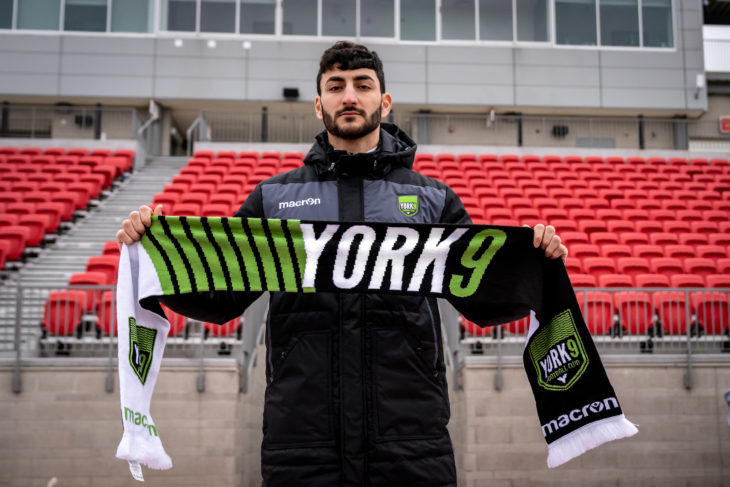 Toronto, ON (December 17, 2019) – York9 FC is pleased to announce the signing of former League1 Ontario player and Toronto FC product, Chris Mannella – a versatile player that can bolster the midfield and centre of defense.

Most recently from Ottawa Fury, Mannella was Toronto FC’s tenth homegrown player when he turned professional and became the first captain in Toronto FC II’s history when the reserve team debuted in the USL in 2015.

“There are a lot of familiar faces in the locker room, Manuel Aparicio is one of my good friends, we used to play midfield together when we were growing up. I know Jimmy as well, he was my coach in the academy when I was only 15, so having him behind me now and working with him again was obviously a draw to come back home and further my career,” said the Toronto native Manella. “With the core group of guys that Jimmy and the club has kept, we’re in for a treat because we’re ready and we’re coming for a Championship”

The 25-year-old spent the last two seasons playing for Ottawa Fury of the United Soccer League (USL), making 59 appearances from 2018-2019. He also has 3 international caps with the Canadian Men’s National Team.

Manager Jimmy Brennan said “We’re really pleased we were able to get him. He’s a great player on both sides of the ball and he’s got a strong pedigree for a young player in Canadian soccer. His distribution abilities will really help us move forward playing the style of football we want to play.”