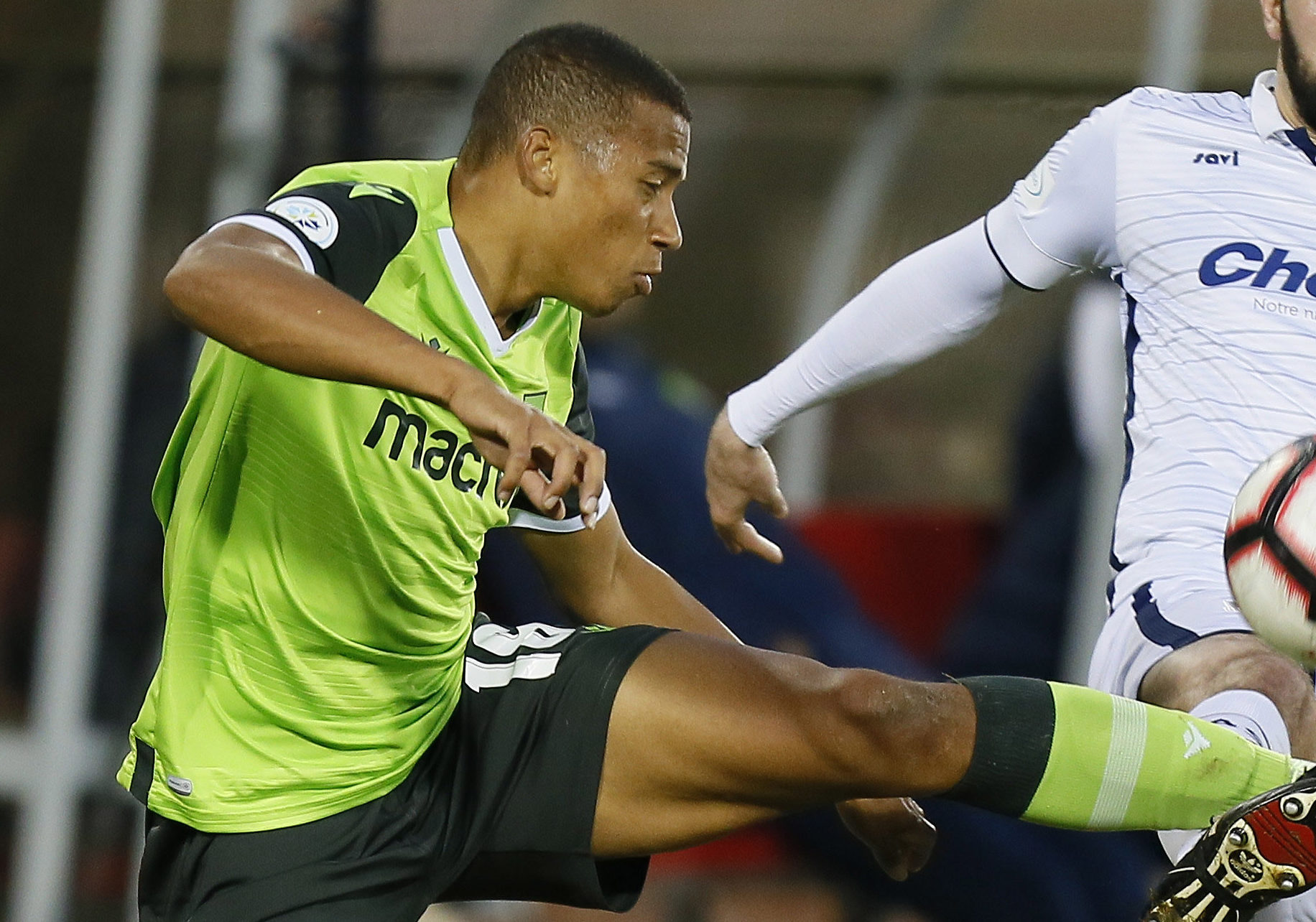 YORK REGION – It was something York9 FC’s players have been waiting for: Their first home game – and their first win.

A 1-0 victory over PLSQ side A.S Blainville in the Canadian Championship will see the Nine Stripes move onto Round 2 of the tournament to face fellow CPL outfit FC Edmonton.

But this game was a lot more historical than just advancing towards a new challenge in the “Battle of the North.”

York9 FC had the honour to play in the inaugural Canadian Premier League match, visiting Forge FC at Tim Horton’s Field. But, three games into the season, they have yet to play in front of a home crowd in the league … until this Saturday, that is.

“It’s our home opener, but it’s funny that it’s coming so many weeks down from the beginning of the season,” York9 FC head coach Jimmy Brennan told reporters. “We found it difficult as well, being on the road – Forge, we had their home opener, then Cavalry, we had their home opener, and it’s been difficult for us. But we grinded through it, had a couple draws on the road, which is fine. We picked up some points, and now, at home, we have to make this a fortress for us and pick up more points here.”

Spending weeks on the road hasn’t been easy for Y9 and maybe that has translated to their play on the pitch. Though they haven’t always looked their best out there, all of their matches have been closely contested when it comes to the final scoreline but playing at home becomes a huge factor in soccer.

For York University alum like Daniel Gogarty, Justin Springer, and Ryan Telfer, who are familiar with playing across campus at Alumni Field, this home-opening weekend is extra significant.

“It’s about time, to be honest!” Telfer expressed enthusiastically.

“I think we’re the last team to have our home opener, and we’ve been looking forward to this since (pre-season in) the Dominican Republic. All the guys are ready to play in front of their friends and family – and for some guys, this is their hometown – so come Saturday, we’re about to show everyone that our stadium is going to be a fortress.”

A home win in the Canadian Championship is sure to give York9 a boost going forward and Jim Brennan’s squad is ready to claim their territory.

With the stadium originally built back in 2015 for the Pan Am/Parapan Am Games, York9 now aims to write even more of the stadium’s budding story.

After a first win, Brennan expects this momentum, along with the atmosphere of a sold-out crowd, to help steer York9 FC in a direction the club has been pushing toward.

“We’ll be ready for it. Our guys are up for the challenge,” Brennan said of the upcoming tilt against Forge. “With this game on Saturday, it’s a local derby, so we want to win it. It’s our home opener. We’ll be going at it, on the front-foot the whole game, and they’re going to come here and try and play spoiler, just like we did to them.”