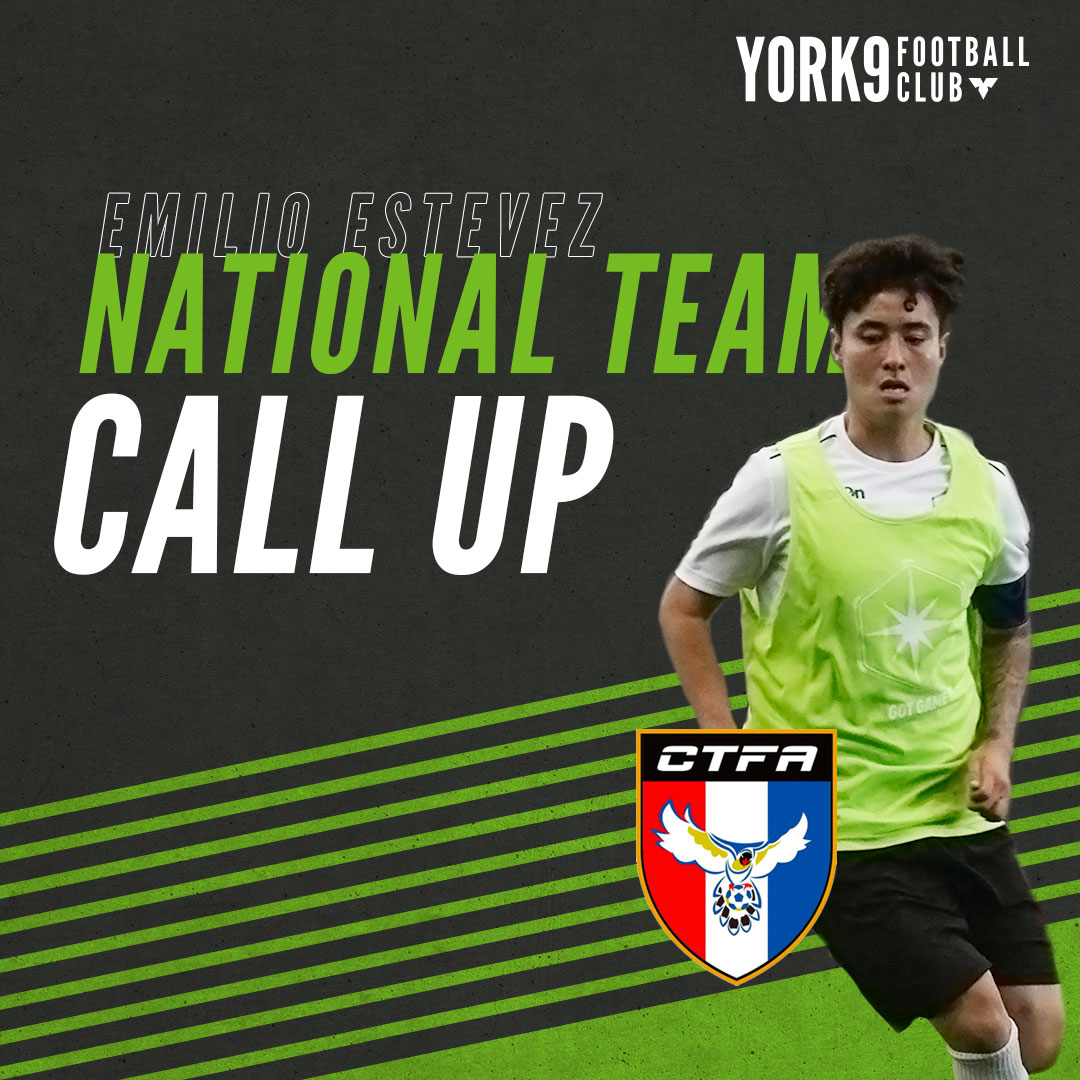 York9 FC midfielder Emilio Estevez hasn’t kicked a ball with his new club team yet, but has already captured international attention, receiving a call-up to the Chinese Taipei national team for a friendly against Solomon Islands on March 24.

Estevez, 20, was born in Canada but is eligible for the Chinese Taipei national team as his parents are from Taipei. He had previously trained with the squad in 2018.

Though the match is a friendly and would not officially cap-tie him to the Chinese Taipei national team – currently ranked 124th in the FIFA/Coca-Cola World Ranking – Estevez has still distinguished himself by becoming the first signed Canadian Premier League player to earn a national team call-up.

He is also eligible to play for the Canadian men’s national team, and would remain so even if he plays on March 24 with the Chinese Taipei national team.

Estevez was spotted by York9 FC head coach Jimmy Brennan during the York stop of the CPL’s Open Trials. He had previously trialed with Spanish outfit Levante.

“We fell in love with him as soon as I saw him,” Brennan said of Estevez, when he was officially brought on. “He was a little hidden gem.”

He added: “Just watching him train now, we’re just as excited. He plays with flair and always has a smile on his face. He’s one we’re all excited to work with and push him to the next level.”