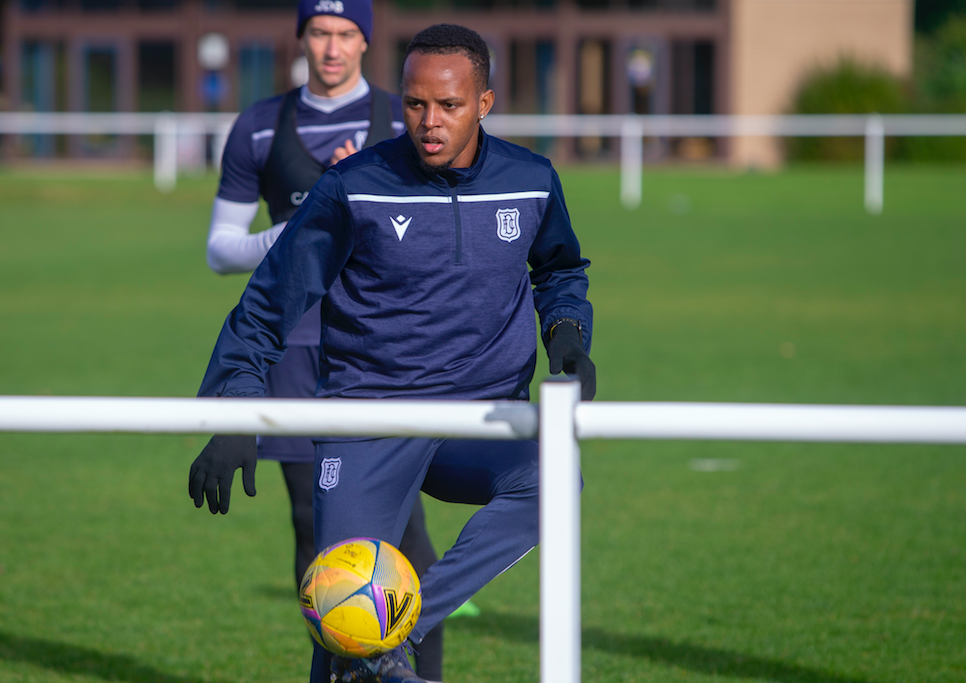 It’s been a hectic few weeks for York9 FC as plans continue for the 2021 Canadian Premier League campaign.

One crucial element has been the loaning of players to various teams around Europe. With a long lay-off until the season gets underway again, it’s imperative for on-field personnel to get plenty of game-time under their belts.

And York9 FC’s Managing Consultant Angus McNab certainly has been busy in arranging a multitude of deals.

Firstly, attacker Nicholas Hamilton signed with Scottish Championship side Dundee FC. And having abided by quarantine protocols, he enjoyed his first training session with his new team-mates on Monday. 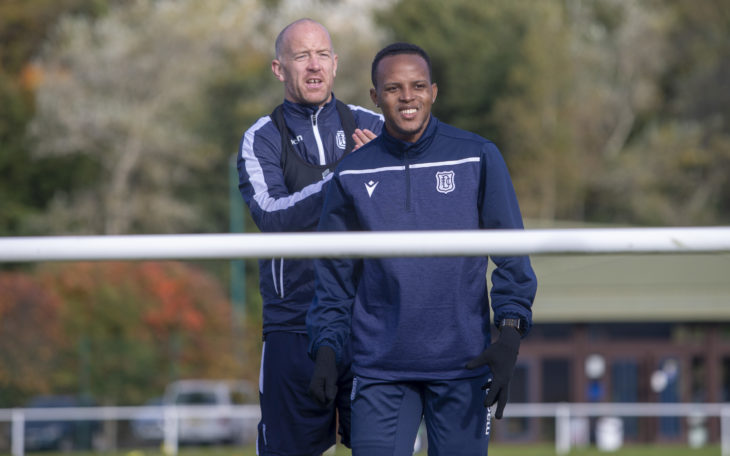 In what promises to be a terrific battle, the team kick-off their season with a high-profile trip to Tynecastle to take on Hearts on later today. With the Edinburgh outfit having dropped to the second tier, they’re favourites to bounce straight back. But, Dundee are hotly tipped to run them close. And as Hamilton told us earlier this week, he’s raring to go. His objective is to impress boss James McPake, rack up the minutes and contribute impressively to a promotion push.

It was a frustrating Island Games experience for our senior Canadian international.

Petrasso’s involvement in Prince Edward Island was severely curtailed due to injury and the 25-year-old is determined to show Nine Stripes’ supporters the best version of himself next season. He was quick to re-sign with the club on a multi-year deal, telling fans:

“I want to play a major role in the growth of the club moving forward. That’s really important to me”.

Shortly after that news, it was announced Petrasso had landed a loan move to Barnet FC of the English National League and will return to the CPL at the end of June. He’s already been training with the club and was even named on the bench for the side’s fourth league game of the season, Tuesday’s 1-0 victory over Weymouth which leaves them tenth in the table.

Before the game, he spoke to Barnet’s media team about his goals at The Hive, an interview you can watch here.

“The team wants to get promoted so whether that’s from coming first or through the play-offs, that’s the aim and I’m hoping to play a part“, Petrasso said.

“I’m hoping I can make fans proud and excite them when I play and they enjoy watching. Hopefully there’ll be some goals and assists along the way“.

Petrasso could be involved from the start on Saturday as Barnet host top-of-the-table Hartlepool, while later on this month he has the chance to taste some FA Cup action as the club take on Leiston in the fourth qualifying round.

The German striker will join up with York9 early next year, once his temporary spell with 1. FC Phönix Lübeck of Regionalliga Nord, the country’s fourth tier, wraps up.

The 21-year-old spent the last three seasons playing for Hamburg’s second team in and has already made quite the impression at Lübeck, scoring on his midweek debut against St. Pauli II – a club he started out with as a youngster. The goal was a poacher’s finish after a quick break down the right side and was the opener in a resounding 3-0 win.

Ulbricht continued to draw admiring glances in his next outing against his former employers, Hamburg II, and was a constant menace up front, creating an especially gilt-edged chance for a team-mate here.

He managed 70 minutes as Lübeck grabbed a 1-0 win to keep their momentum going and secure sixth place in the league. Next up is a regional cup quarter-final on Sunday, where Ulbricht will look to impress once more.

Despite the chill, York9 FC’s Nicholas Hamilton is raring to go in Scotland